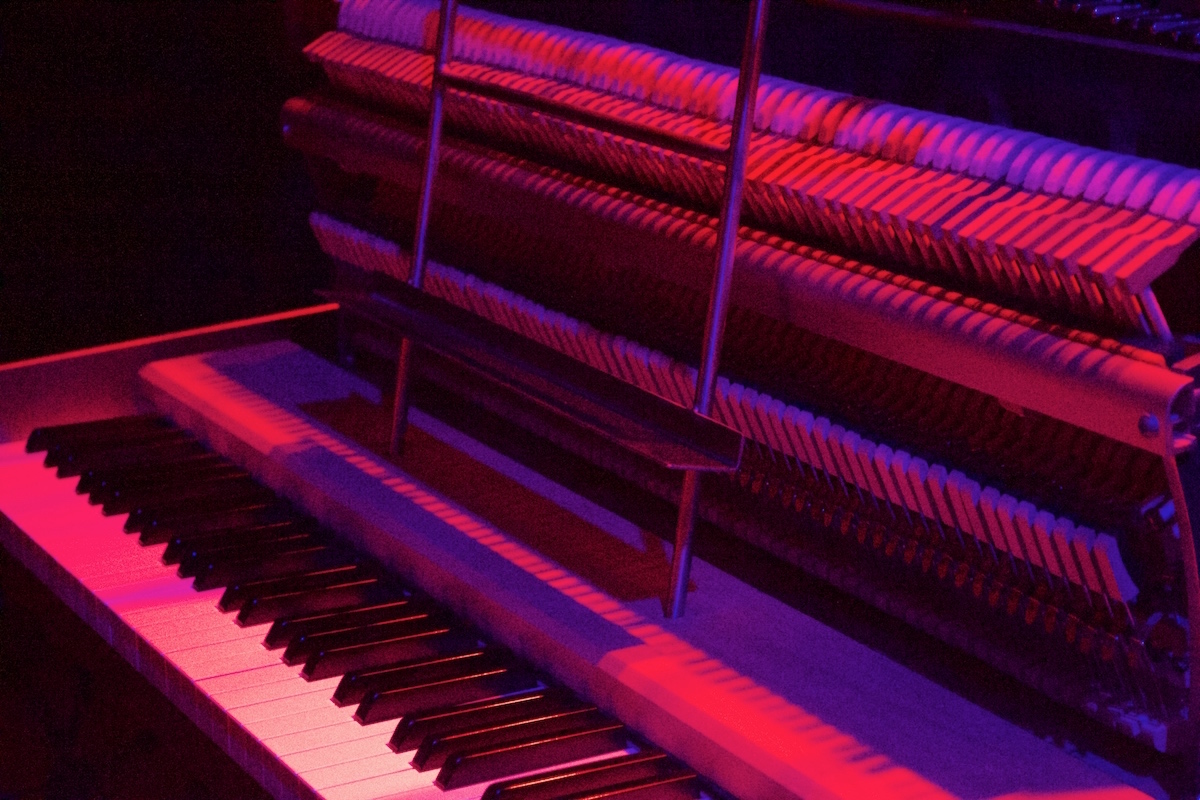 The boutique Q3AMBIENTFEST is a musical happening that blends established and emerging artists from various genres and diverse origins.

It is carefully curated by Brueder Selke, East Berlin-born polyinstrumental composers Sebastian and Daniel Selke, now living in Potsdam, who have become an insider tip as an award-winning cello-piano duo under their pseudonym CEEYS. The independent Q3A, with its hand-picked roster of talented colleagues, invites the open-minded music lover to discover today’s wide contemporary sound spectrum.

In the work of this long-term collaboration of two brothers who grew up on the other side of the Berlin Wall, the essential elements are encounter and exchange.  Each year, BS invite like-minded friends and renowned artists to meet on a common physical stage, and with their performances between academic avant-garde and accessible pop, develop a kind of film music that holds a mirror to and makes audible the eclectic architecture of the world-famous Filmstadt Potsdam, with its neoclassical palaces and socialist brutalism. The buildings the brothers grew up in gave Q3A its name, which is the abbreviation for Querwandbau – a type of Plattenbau that was widely used in the GDR.

Coincidentally, the first edition of Q3A took place in the year that marked the centennial of the 1917 Russian Revolution. Unlike 2018 and 2019, the 2020 and 2021 artists broadcast cozy sets virtually from their home studios. To mark the 1000th anniversary of the Basilica of St. Apostles in Cologne, Q3A 2021 also collaborated with the revived Ambient Festival by streaming live concerts and presenting Hauschka and Alvin Lucier’s The Ever Present Orchestra along with a performance of their own at the Zionskirche in Berlin. Since its premiere in 2017, Q3A has hosted 121 artists from 27 countries.

2022 features analog and virtual performances by 30 artists including James Heather, Liam Byrne, Midori Hirano, Laura Cannell, Perila, Mabe Fratti, Robert Ames & Ben Corrigan, to name a few. Traditional playing techniques are expanded and classical instrumentation is combined with modern. Ólafur Arnalds’ inspiring concert film “ISLAND SONGS” will be screened, as well as a cinematic visualization of the curators staging moving still lifes in Potsdam, which will be set to a live score by some of the artists. The Q3A focuses less on headliners and sees itself as an addition to the local cultural scene. One highlight is the invitation from the Echo Collective, a string quartet that excels in collaborations. On Saturday, it will play not only excerpts of their work with the award-winning Icelandic composer Jóhann Jóhannsson, who tragically died recently, but also music by an up-and-coming Lithuanian composer. Finally, a joint improvisation will lead into Brueder Selke’s live set. 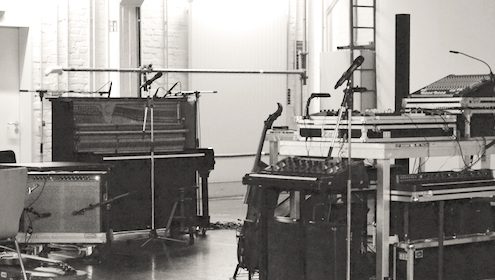 While Q3A is part of Keychange, an international campaign which is led by PRS Foundation and supported by the Creative Europe Programme of the European Union, the remarkably musical gathering is funded by Brandenburg’s state capital Potsdam since 2018.

From avant-garde to pop, Q3A holds a mirror to the eclectic architecture of Potsdam, from neo-classical palaces to prefabricated “Plattenbauten” (panelhouses). These Communist-era buildings gave Q3A its name, which is the abbreviation for “Querwandbau” (cross-wall construction).

Q3A seeks to explore the cultural and musical impact of East German heritage, a theme which has been fundamental to the creative concept behind CEEYS’ album and photography project Waende.

The photographs featured on this website were taken by Diane Barbé, exploring the visual and cultural influence of East German architecture. Images feature the unique superimpositions of neoclassical and socialist architecture in Potsdam, and hint as well to its international dimension with photographs taken on Zanzibar island, off the coast of Tanzania, where DDR teams of engineers were sent in the 1960s to experiment building ‘Plattenbauten’ in tropical contexts.

Curation and programmation by

You can find out more about which cookies we are using or switch them off in settings.

This website uses cookies so that we can provide you with the best user experience possible. Cookie information is stored in your browser and performs functions such as recognising you when you return to our website and helping our team to understand which sections of the website you find most interesting and useful.

Strictly Necessary Cookie should be enabled at all times so that we can save your preferences for cookie settings.

If you disable this cookie, we will not be able to save your preferences. This means that every time you visit this website you will need to enable or disable cookies again.